Shortly after Superstorm Sandy hit, New York City piloted a program to offer free government assistance to thousands of homeowners who lost their heat, power, and hot water. Between November 2012 and March 2013 more than 11,o00 homes were restored throughout the city. In Brooklyn the repair work was done by Skanska’s Heavy Civil Construction Group.

Larry Gillman, an Operational Vice President for Skanska offered an intimate look at this program recounting how his team raced the approaching winter, then worked throughout the winter to restored electricity, heat and hot water to more than 3,000 Brooklyn waterfront homes. Gillman shared the obstacles, problems, and triumphs of this under-told story at a November 8 Breakfast Talk at the Brooklyn Waterfront Research Center. 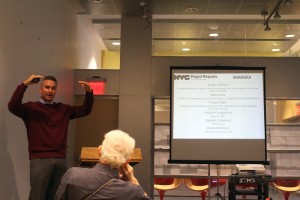 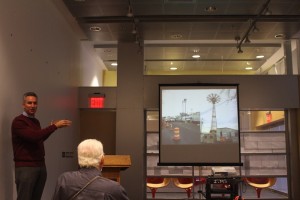 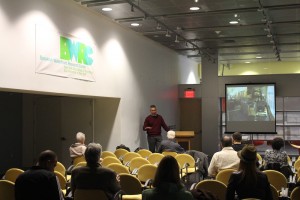