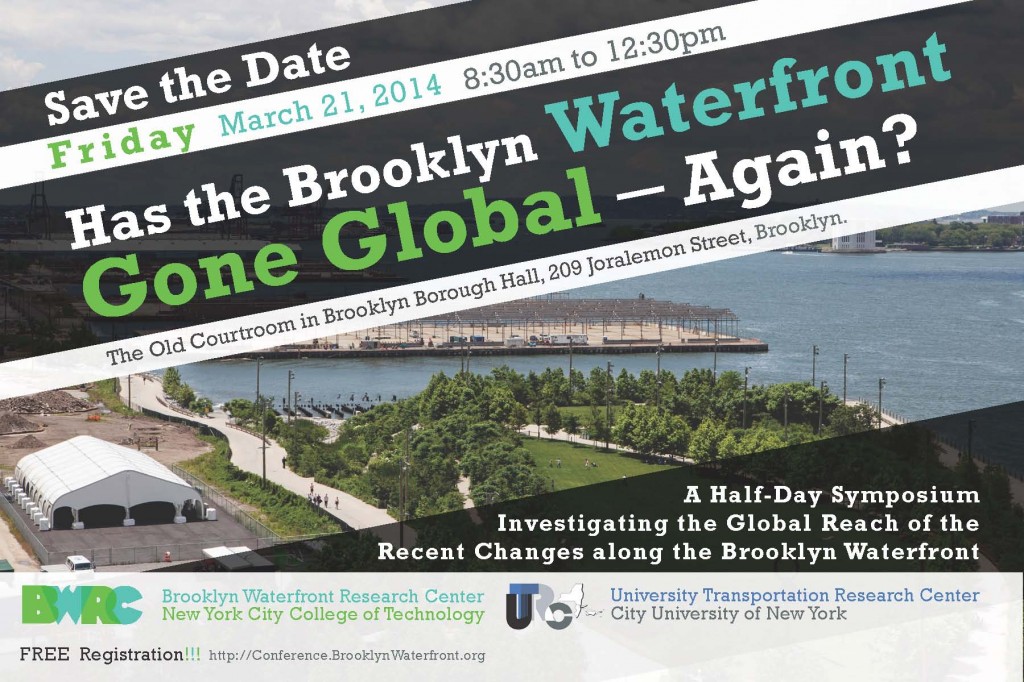 The BWRC and UTRC are pleased to announce the date and topic of our Spring Conference:

The Brooklyn waterfront has played an important role on the global stage. In the early 19th century it was a processing destination with complicity in the global slave trade for raw commodities such as sugar, coffee, and tobacco. In the early 20th century it became an industrial center for manufacturing, warehousing and export distribution. Then, in the 1960s it suffered a huge decline in jobs, economic vitality and global reach. Today there has been rejuvenation but the commerce that has returned to the Waterfront is different yet again.
·Are these new jobs once again placing Brooklyn on the global stage? How?
·In what ways is the Brooklyn waterfront having a global reach?
·How is that global reach similar and different from what it once was?

Come to the conference to find out!