We are pleased to announce that Nathan Kensinger will be the Brooklyn Waterfront Research Center’s 2021-2022 Guest Research Fellow. Kensinger is a journalist, photographer and filmmaker based in Brooklyn. His work explores hidden urban landscapes, forgotten waterways, environmental disasters, and coastal communities endangered by sea level rise and climate change. For the past 15 years, he has documented New York City’s changing waterfront, in an ongoing series of photo essays, documentary films, video installations and public arts projects.

Kensinger’s work has been featured by all of New York’s major publications, and has been exhibited at the Museum of the City of New York, the Brooklyn Museum, the Queens Museum, the Museum of Contemporary African Diasporan Arts, and the National Lighthouse Museum. From 2012 to 2020, he was the author of Camera Obscura, a column of 167 photo essays about New York’s waterfront, which was published at Curbed/Vox Media. 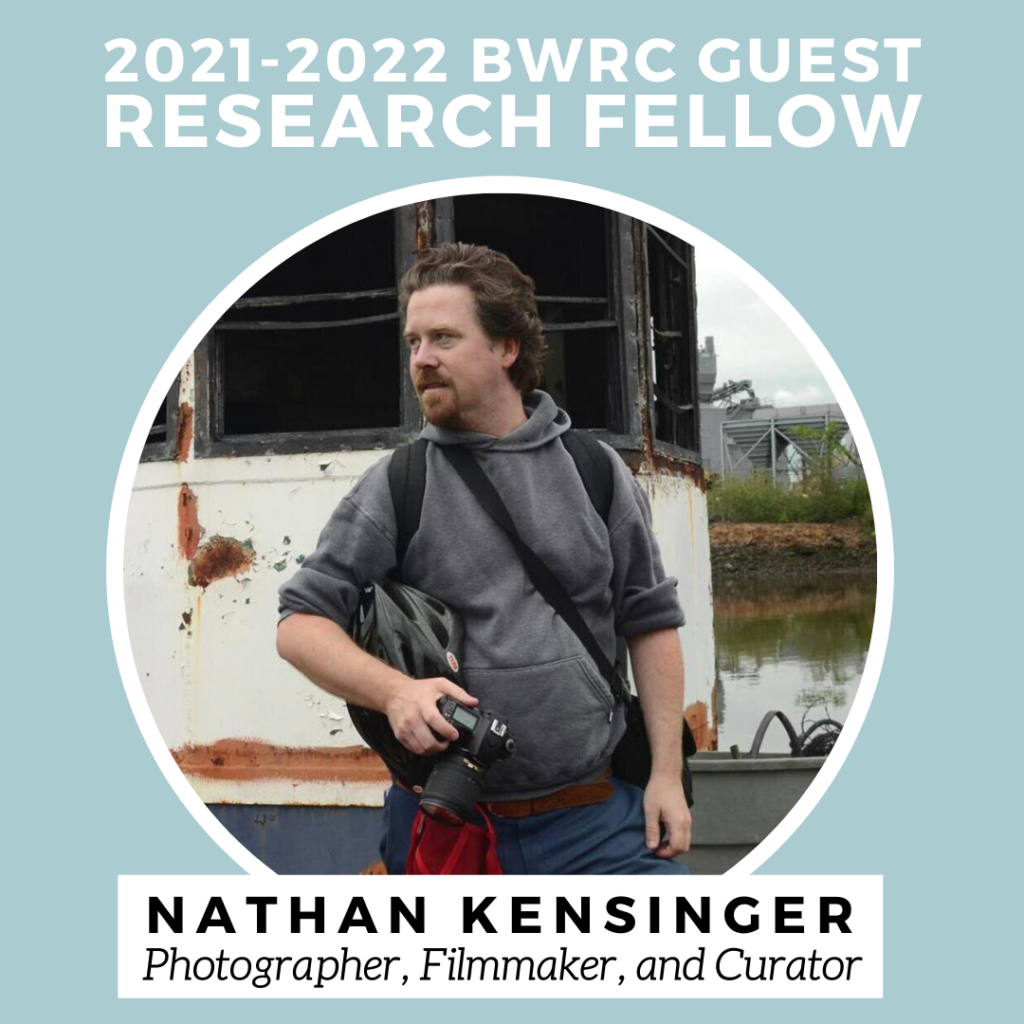 As a Guest Research Fellow, Kensinger will consult on a City Tech interdisciplinary course on the Brooklyn waterfront, work with BWRC on several of its public events, and write the white paper for the Center’s annual conference, which will focus on the ways sea level rise will affect the Brooklyn communities surrounding Jamaica Bay.