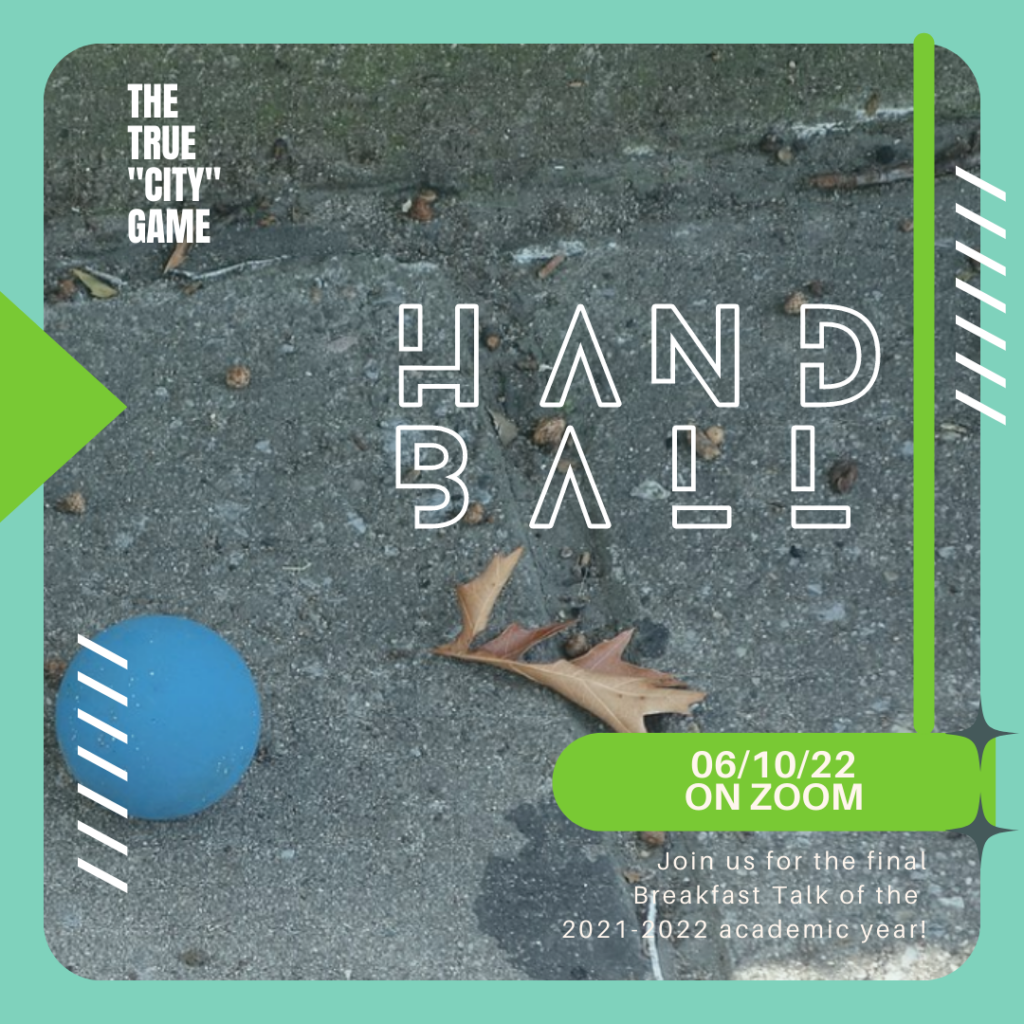 Join us on Zoom for our last Breakfast Talk of the academic year!

New York City parks are dotted with over 2,000 vertical concrete slabs—slabs to some, worlds to others. For close to a hundred years, these slabs have been the sites of New York City’s true city game—handball. Some of the earliest handball courts were located near the beaches in Brooklyn, especially in Coney Island.

Handball was once called “tennis for savages,” reflecting the lack of “respectability” of those playing this inexpensive game—the players have largely been successive generations of immigrants and poor and working class New Yorkers. But in addition to the grace and athleticism exhibited, there was ugliness on those courts in Coney Island: drinking, drugs, fighting, betting—and racism. These too will be explored by our panelists, with a special focus on the famous Coney Island handball courts, the home of the Annual National One-Wall Handball Championships and the center of New York’s true city game!

BWRC’s last Breakfast Talk of the academic year will host a panel of handball players, including Dan Flickstein, one of handball’s unofficial historians and Paul Williams, the founder of the Inner City Handball Association. The panel will explore the history of the game, how it almost disappeared during New York’s financial crisis when schools cut teams and paddles threatened to replace hands on the courts. But this quintessential street game survived these challenges and now continues to offer players competition, diversion, and tests of speed, agility, endurance, and skill. Many (including BWRC’s director) have played the game for decades and have celebrated its unique relationship to the Brooklyn waterfront.

Join us even if you have never thrown a ball against one of those concrete slabs and learn why so many New Yorkers have been doing so for so long. RSVP for Zoom link: https://bit.ly/BWRC_handball