Thanks to everyone who attended and helped make this year's 2022 Annual Conference such a success!

See the full recap on our conference website and watch the recordings of the sessions now up on YouTube!

This year marks the ten-year anniversary of Superstorm Sandy, a time when many of the city’s coastal vulnerabilities became glaringly apparent. Since then New York has taken major strides in making the coastline more resilient, yet immediate and long-term risks associated with global climate change and sea-level rise remain. Recent research on sea-level rise outlines the possibility, some would say probability, of the inundation, by the end of the century, of vulnerable communities along the Brooklyn waterfront, especially those along Jamaica Bay.

This full-day conference explored these possibilities and the questions they raised for Jamaica Bay: What is the science behind sea level rise predictions? How will sea level rise affect the communities surrounding Jamaica Bay? What actions are underway and what further actions are being planned to mitigate these impacts? The main question the conference will address is: What can be done if none of the planned measures prevents the inundation of Jamaica Bay’s vulnerable neighborhoods? 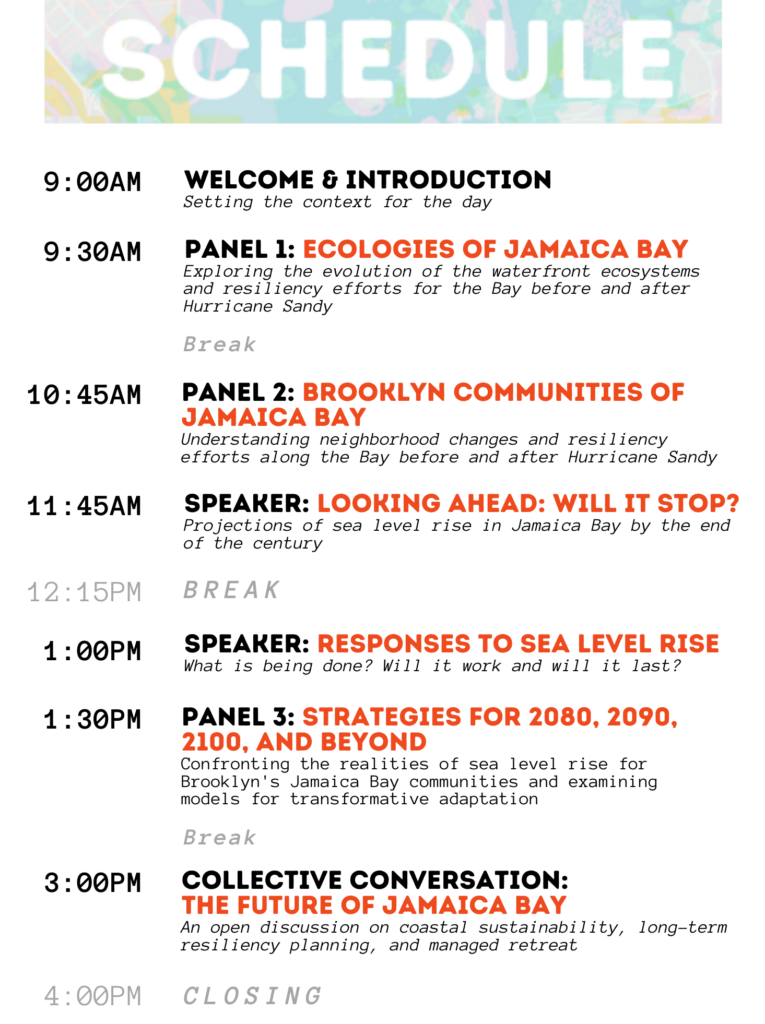