The historian, David Herlihy, came to the Brooklyn Waterfront Research Center on October 8. 2015 to present his recent research on the biking craze that hit Coney Island in the 1880s and lasted into the 1930s.  His presentation touched upon the first organized bike ride to Coney Island and the building of America’s first bicycle path which was built along Ocean Parkway and led to Coney Island.  He also recounted the exploits of racers in Coney Island’s velodromes and the Boardwalk act of “Bikers in a Basket.”

For his presentation, Mr. Herlihy was presented with a framed photograph of the Coney Island Boardwalk at dawn, shot by the BWRC staff photographer, Professor Robin Michals. 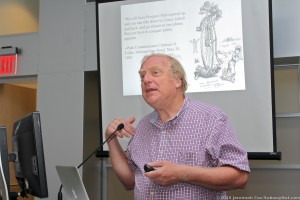 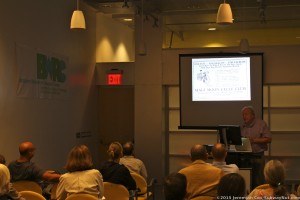 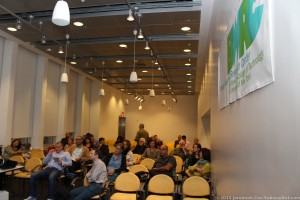 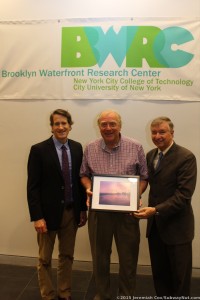