BWRC held its first-ever full day conference at Borough Hall on March 31, with support from the New York City Economic Development Corporation and the Port Authority of New York and New Jersey. The conference explored the challenges of  “Moving Goods and People to, from, and along the Brooklyn Waterfront” with two panels and a keynote speaker. The conference drew leading providers and local experts in freight and passenger transportation. The event was well-attended, filling the main courtroom to capacity, and it was covered by the Brooklyn Eagle. 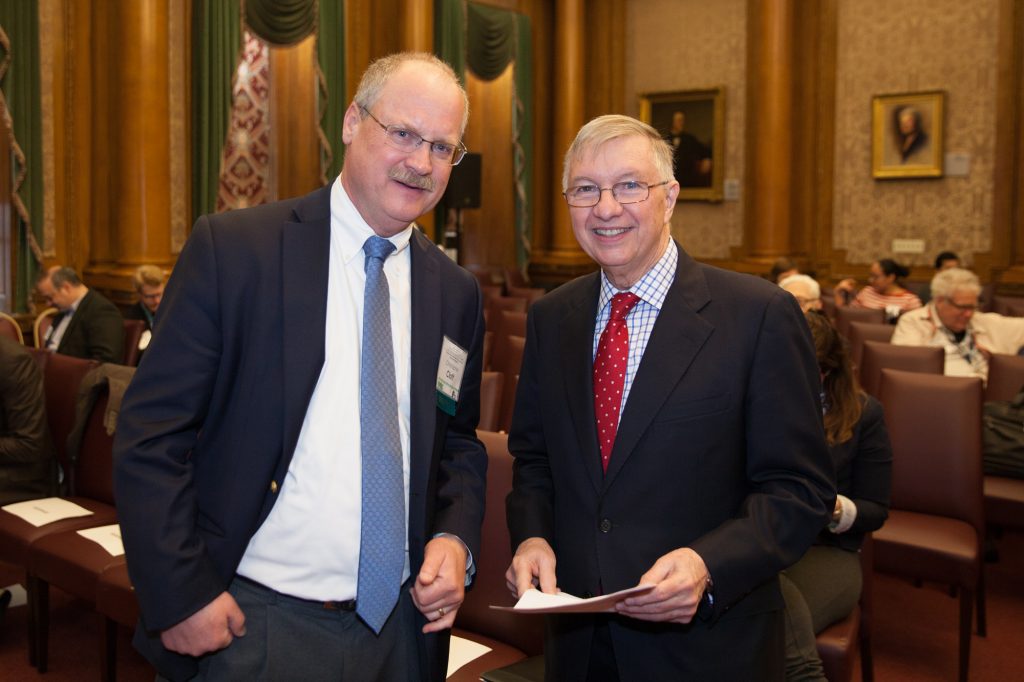 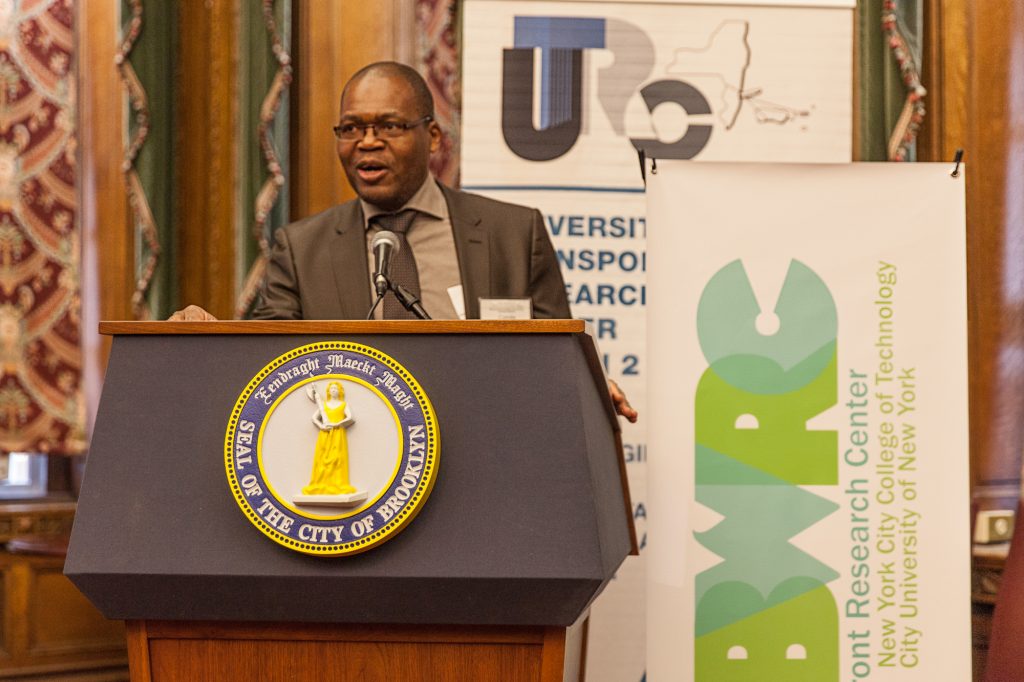 Edward Kelly who heads the Maritime Association of the Port of NY-NJ, introduced the speakers and moderated the discussion. Robert Hughes of Erie Basin Bargeport, Michael Stamatis of the Red Hook Container Terminal, and Gregory Brayman of Phoenix Beverages all emphasized the importance of retaining an active port in Brooklyn. Council Member Carlos Menchaca, a returning panelist from last year’s BWRC conference on manufacturing, discussed strategies to preserve manufacturing jobs in Southwest Brooklyn. Panelists also raised the issues of waterfront zoning and conflicts between residential development and maritime use. Patrick Thrasher provided an update on the Port Authority’s car float program, which operates between Greenville Yards in Jersey City and the 65th Street Rail Yard in Sunset Park. 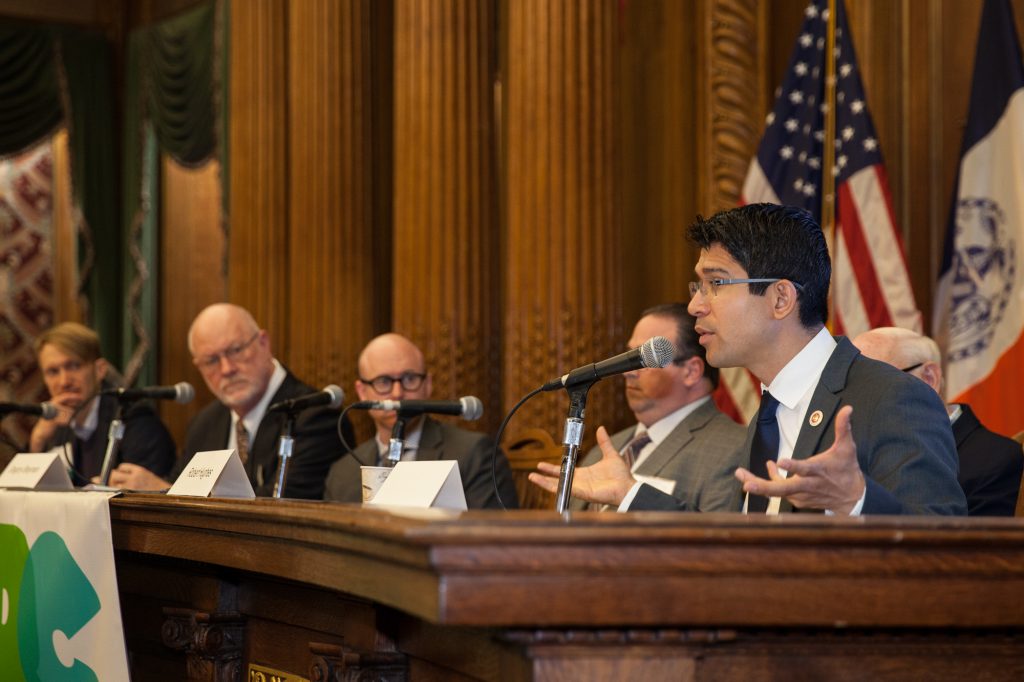 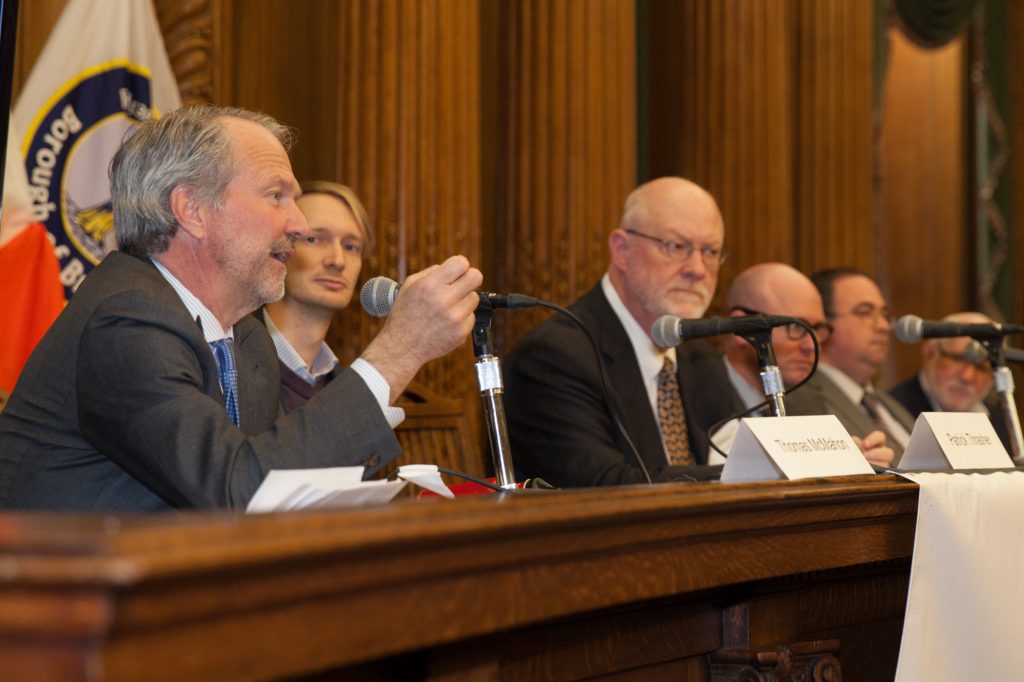 After a brief Q&A, BWRC was pleased to offer lunch with a keynote presentation by Congressman Jerrold Nadler, a longtime supporter of the working waterfront, who spoke about the Cross-Harbor Rail Tunnel. Congressman Nadler cited a startling statistic: Over 40% of freight moves by rail in Midwestern cities, but in the New York region, which is highly truck-dependent, rail accounts for less than 1% of all goods movement. Congressman Nadler also alluded to the environmental impacts of trucking and the need for cleaner, more sustainable ports. 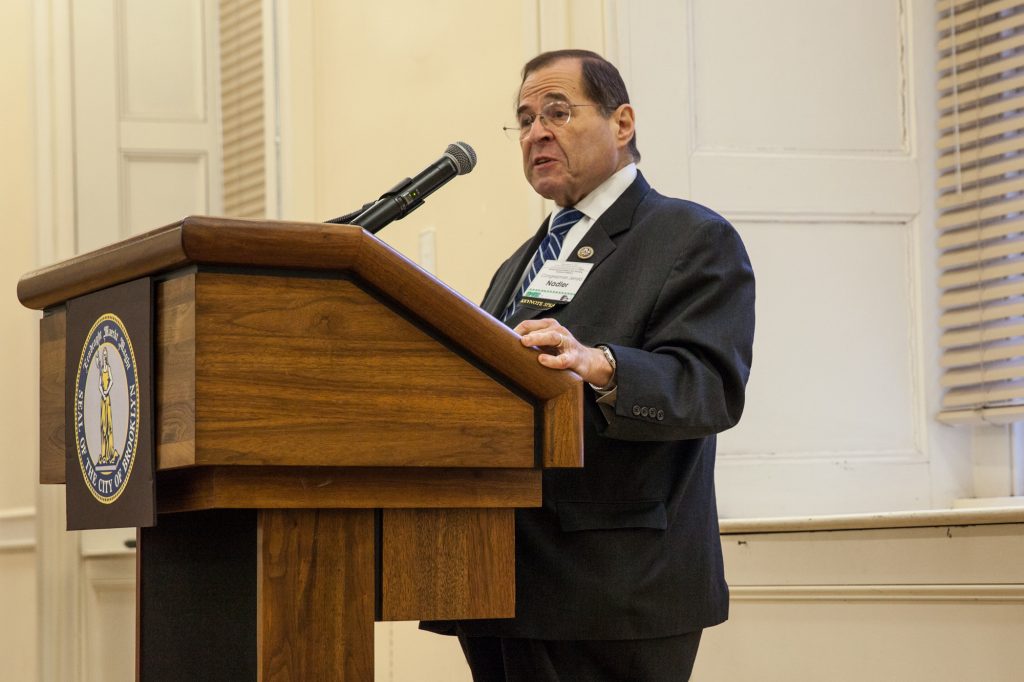 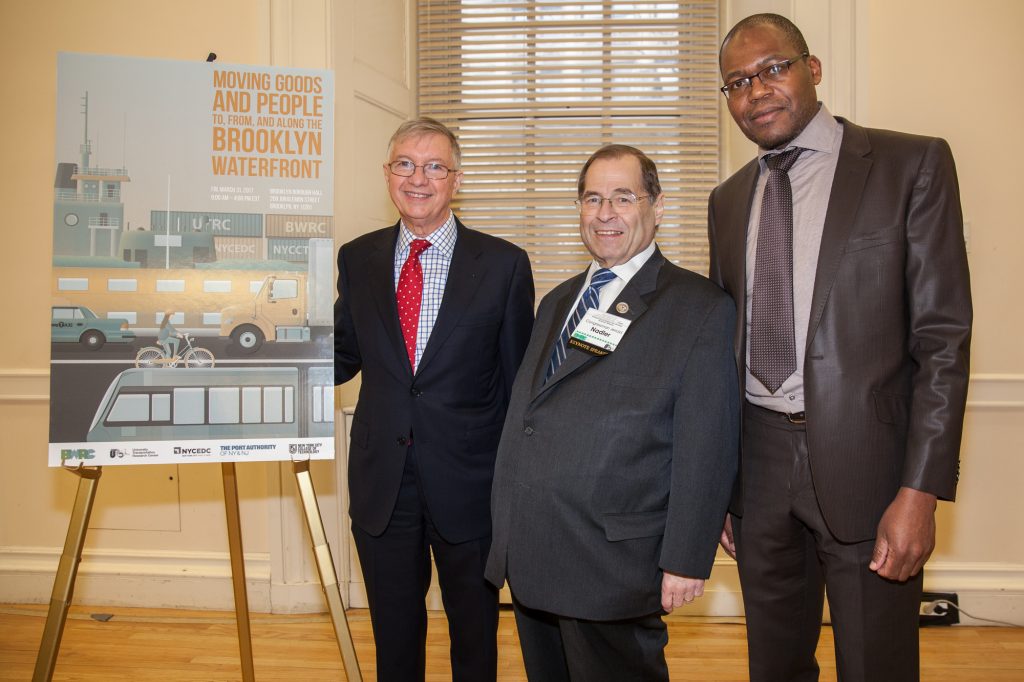 Attendees then proceeded to the afternoon panel on passenger transportation, which was split into two parts to accommodate all the speakers. In Part 1, the audience heard from representatives of two community groups, Alan Minor of Neighbors Allied for Good Growth and Ryan Chavez of UPROSE; and two others spoke from larger organizations:Eliot Matz from the Brooklyn Navy Yard Development Corporation and Andrew Hoan from the Brooklyn Chamber of Commerce. These four panelists discussed the need for resilient transit that serves community needs, while responding to climate change on the Brooklyn waterfront. Eliot Matz revealed that the Brooklyn Navy Yard expects to be housing 20,000 jobs by 2020, and outlined the Yard’s plan to provide greater mobility for employees. Andrew Hoan emphasized the need for infrastructure investments to accommodate Brooklyn’s accelerating growth. 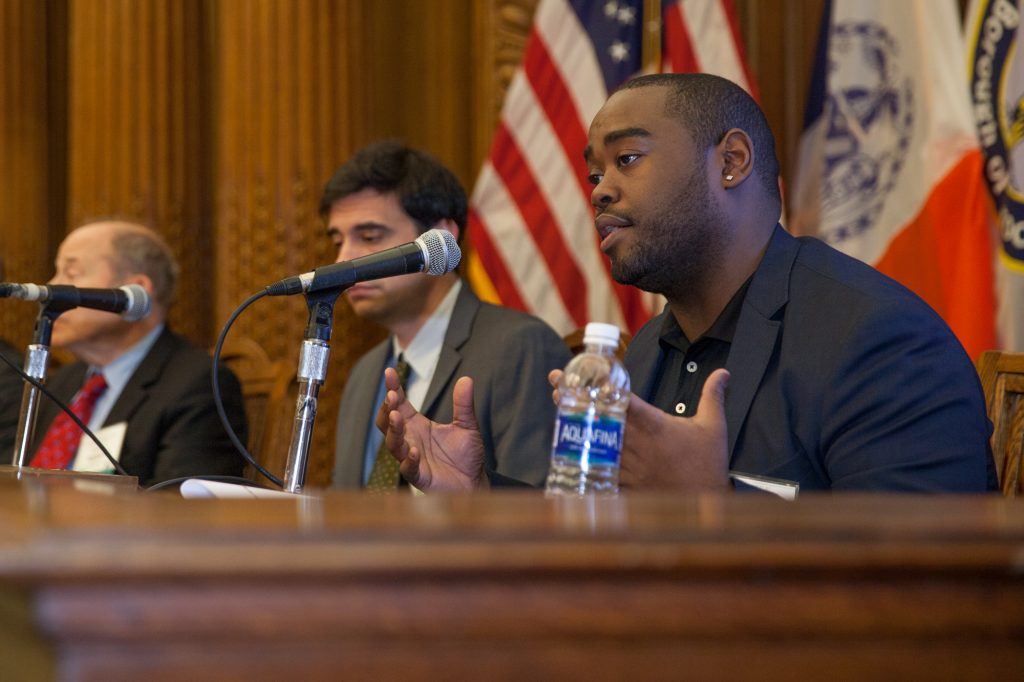 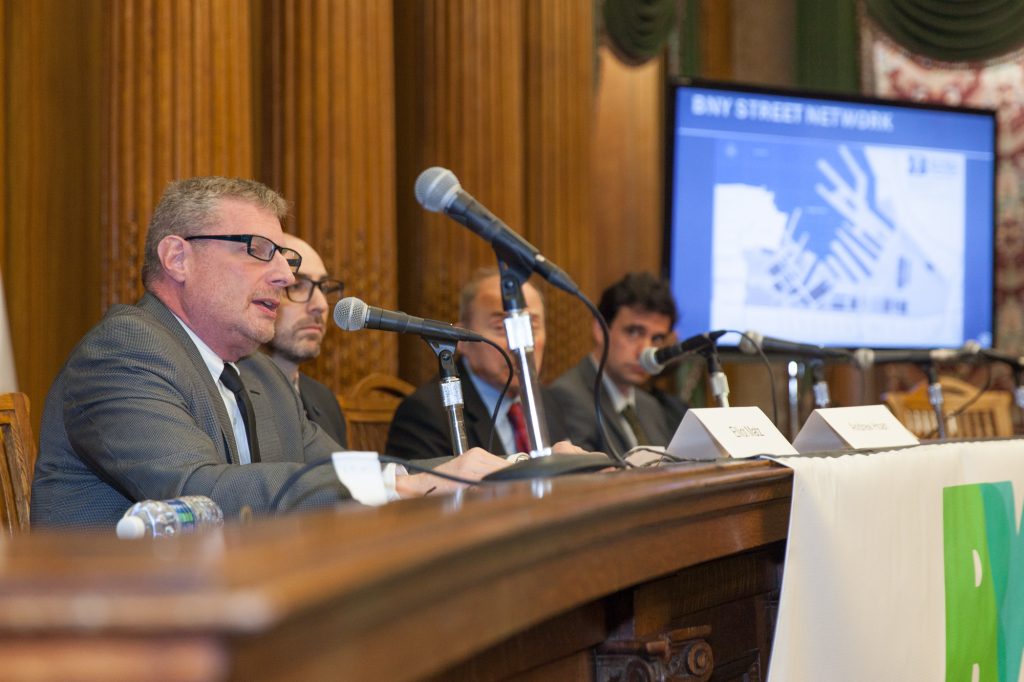 Part 2 provided a truly multi-modal perspective with Dani Simons, of Motivate, which operates CitiBike, Franny Civitano, of NYC Ferry by Hornblower, and Adam Giambrone, who directs the Brooklyn Queens Connector (BQX) project. Matthew Daus, the former Taxi & Limousine Commissioner and expert on Transportation Networking Companies rounded out the panel. Panelists discussed the roles that different modes play in moving people to, from, and along the Brooklyn waterfront and how (semi) private transportation can supplement public transit. 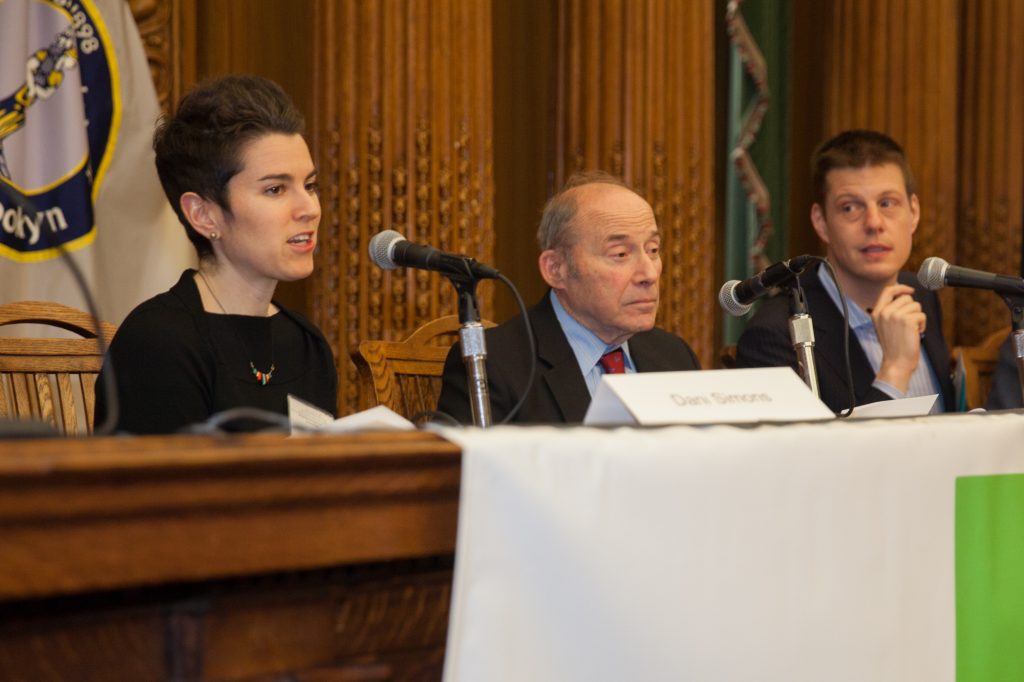 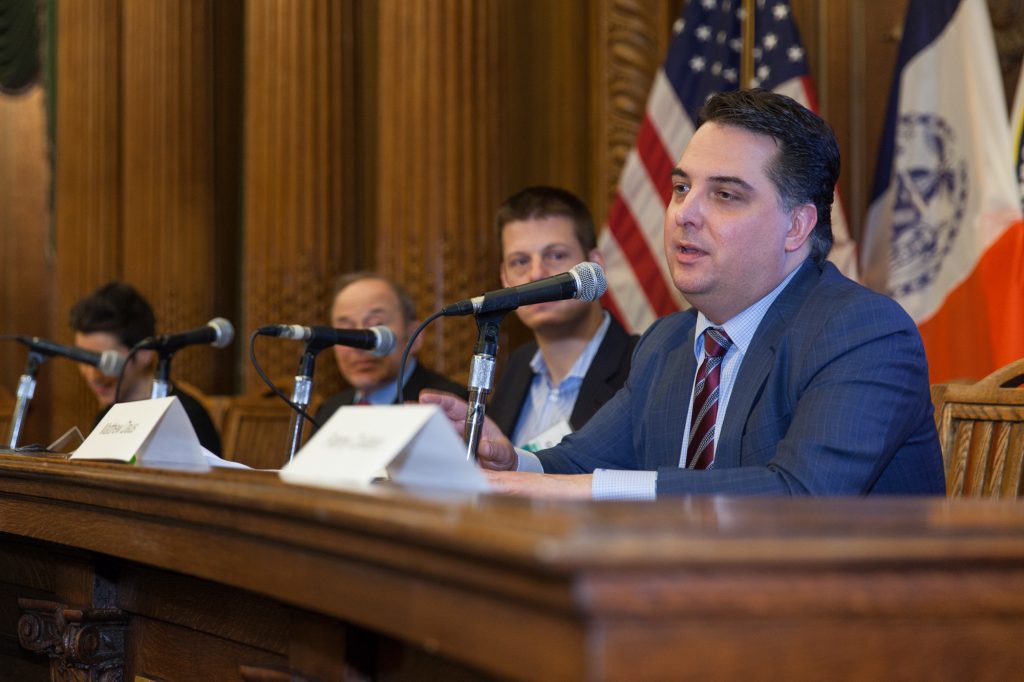 After a short break, BWRC reconvened the afternoon panelists for a closing discussion and Q&A, moderated by Roland Lewis of the Waterfront Alliance. As expected, the BQX drew many questions from the audience, which led to a lively discussion about funding, development, and resiliency. Attendees also raised the issue of community involvement in the rollout of new transportation modes, such as ferries and streetcars. 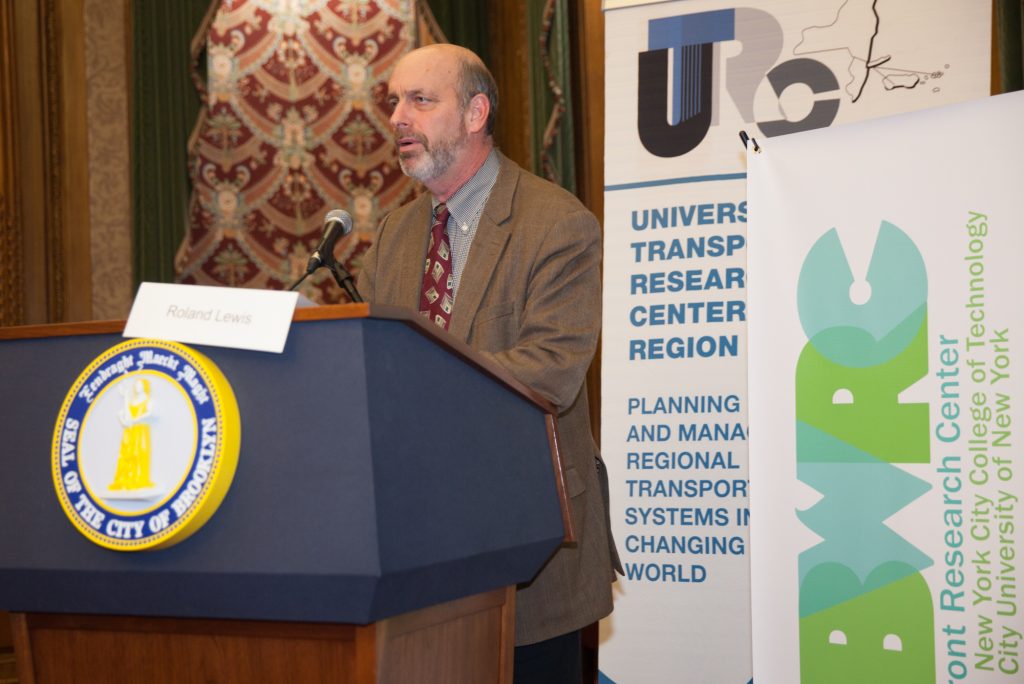 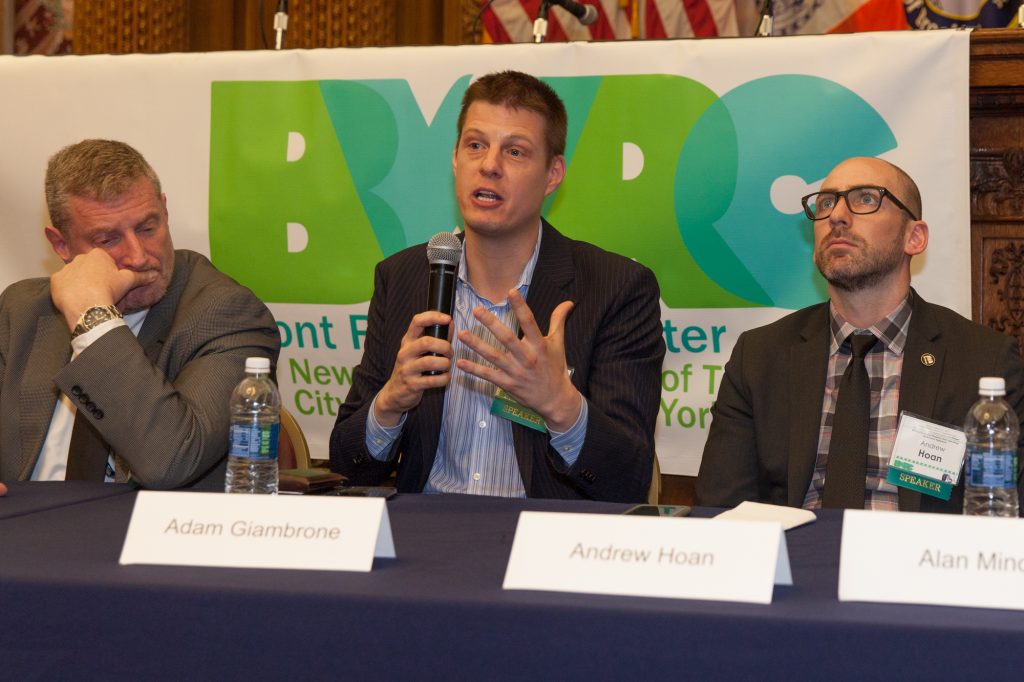 Richard Hanley provided closing remarks, and announced the subject for BWRC’s 2018 conference: coastal resiliency along the Brooklyn waterfront. BWRC is grateful to the many panelists who took part in this year’s program, and our sponsors, including the New York City College of Technology and the University Transportation Research Center. Thanks again to NYCEDC and the Port Authority for supporting a full-day conference this year. Finally, we would like to thank photographer Robin Michals for documenting  the event and Kristin Cassidy, Inna Guzenfeld, and Sean Scanlan for organizing the conference. We look forward to seeing everyone in 2018!