Join us online for our first Breakfast Talk of the Fall semester!

In collaboration with the Old Stone House of Brooklyn, we are excited to host a discussion among several of the artists from the Brooklyn Utopias 2020 exhibition currently on display. This exhibit shows aspects of Brooklyn’s past, present and future through the eyes of participating artists who consider differing visions of an ideal Brooklyn, or imagine their own.

Missed the event? Watch the recording below:

Learn more about the exhibit BROOKLYN UTOPIAS: 2020 currently on display at the Old Stone House and Washington Park. 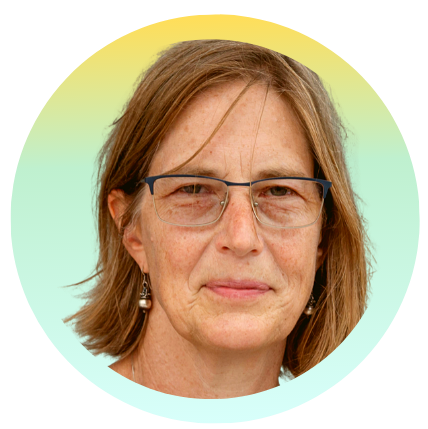 Robin Michals is a photographer whose work focuses on environmental issues. She teaches photography at CityTech and lives in Brooklyn 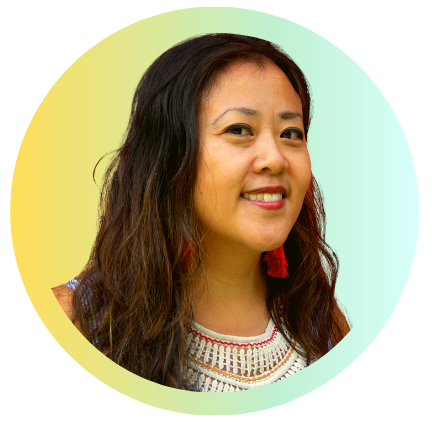 Betty Yu is a multimedia artist, photographer, filmmaker and activist born and raised in NYC to Chinese immigrant parents. 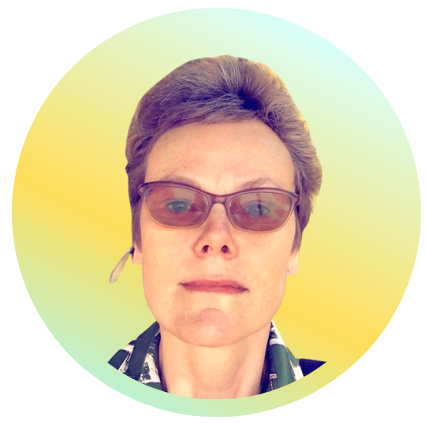 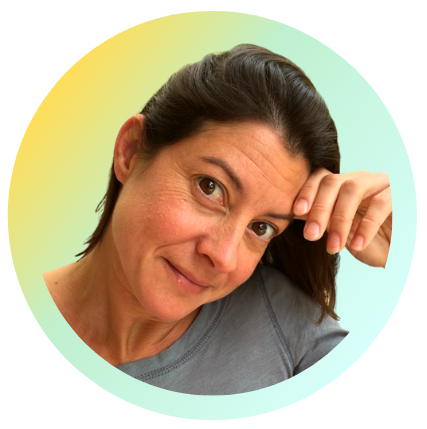 Lynn Neuman is a choreographer, director, educator and performer, and Director of Artichoke Dance Company based in Brooklyn 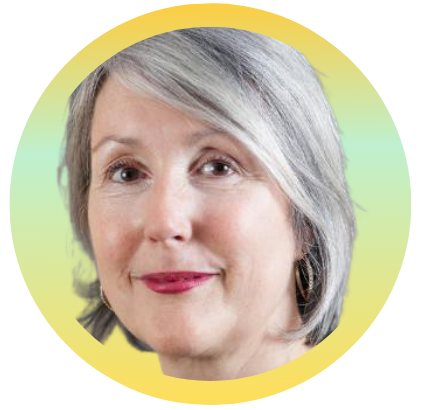 Kim Maier is the executive director of the Old Stone House & Washington Park and a life-long lover of art, theater and civics. 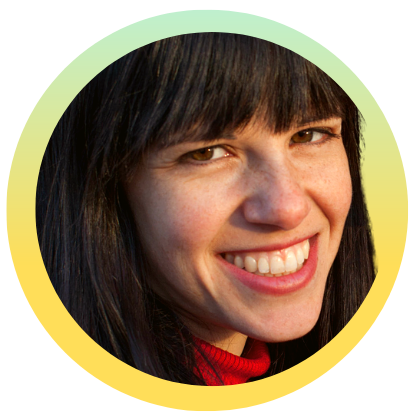 Katherine Gressel, the Old Stone House & Washington Park’s Contemporary Art Curator, is a New York‐based curator, artist, and writer focused on site‐specific art. She earned her BA in art from Yale and MA in arts administration from Columbia. Katherine’s previous exhibits dealing with such topics as income inequality, urban agriculture, and parks have been recognized by the New York Times, Time Out New York, Hyperallergic, News 12 Brooklyn, and DNAInfo. In addition to organizing twelve major exhibitions to date at the Old Stone House, Katherine has curated for FIGMENT, No Longer Empty, St. Francis College, and Brooklyn Historical Society, and was the 2016 NARS Foundation emerging curator.  She was selected for the 2015 Independent Curators International (ICI) Curatorial Intensive in New Orleans. Katherine has written and presented on public and community art issues for Createquity, Americans for the Arts, and Public Art Dialogue, among others. Katherine also served as Programs Manager at Smack Mellon Gallery from 2010-2014, and has worked and consulted for diverse nonprofits.

Betty Yu is a multimedia artist, photographer, filmmaker and activist born and raised in NYC to Chinese immigrant parents. Ms. Yu integrates documentary film, new media platforms, and community-infused approaches into her practice, and she is a co-founder of Chinatown Art Brigade, a cultural collective using art to advance anti-gentrification organizing. Ms. Yu has been awarded artist residencies and fellowships with the Laundromat Project, International Studio & Curatorial Program, Intercultural Leadership Institute, and Santa Fe Art Institute. Her work has been presented at the Directors Guild of America, Brooklyn Museum, Margaret Mead Film and Video Festival, Tribeca Film Festival’s Interactive Showcase, Queens Museum, the 2019 BRIC Biennial; Old Stone House, Squeaky Wheel Film and Media Art Center and in 2018 she had a solo exhibition at Open Source Gallery in New York. In 2017 Ms. Yu won the Aronson Journalism for Social Justice Award for her film Three Tours about U.S. veterans returning home from war in Iraq, and their journey to overcome PTSD. She holds a BFA from NYU’s Tisch School of the Arts, a MFA from Hunter College and an International Center Photography New Media Narratives One Year Certificate. Ms. Yu teaches video, social practice, art and activism at Pratt Institute, John Jay College, and The New School, in addition she has over 20 years of community, media justice, and labor organizing work. Betty will have her curatorial debut this Fall as she presents Imagining De-Gentrified Futures, an exhibition that will feature artists of color, activists and others along with her own work at Apex Art in Tribeca, NYC. Betty sits on the boards of Third World Newsreel and Working Films; and on the advisory board of More Art.

Robin Michals is a photographer whose work focuses on environmental issues. Her ongoing series Our Neighborhood juxtaposes sites of residential life in cities and towns across the US with the infrastructure of the petrochemical industry. This work was  in a two-person show, Industrial Sights, with the Chicago-based photographer Matthew Kaplan, this summer at the Marshall J. Gardener Center for the Arts in Gary, Indiana. Images from Our Neighborhood were also part of the 8th Edition of THE FENCE in 2019-2020, and in group shows at David Orton Gallery, the Texas Photographic Society, and in Newsweek Japan and F-Stop and Float magazines. The series was selected for Critical Mass Top 50 in 2019 and for the Tokyo International Photography Competition in 2020. She teaches photography at New York City College of Technology, City University of New York (CUNY) and lives in Brooklyn.

Lynn Neuman is a choreographer, director, educator and performer, and Director of Artichoke Dance Company (artichokedance.org/@ArtichokeDance) based in Brooklyn. As a national leading eco-artists, she is known for her multi-year program to pass comprehensive plastic bag legislation in New York.  Her site-specific work has been commissioned by the The Waterfront Alliance, DUMBO Improvement District and The Soraya. Stage commissions include the National Gallery of Art, Dixon Place, and the Joffrey Ballet School. Her work was featured in the 2019 Cooper Hewitt Design Triennial. Lynn is an Association of Performing Arts Professionals Leadership Fellow and is the only choreographer to be awarded a Marion International Fellowship for the Visual and Performing Arts. She has been featured in Dance Magazine, Broadway World, National Public Radio, the Los Angeles Times and Washington Post for her innovative creations, which have been performed in the United States, Australia, Canada, South Korea and Turks and Caicos. In New York, Lynn has taught at Peridance, Joffrey Ballet School, Gibney Dance, and Ballet Arts. She has been a guest artist at universities and arts programs across the country. She is sought for workshops and lectures in eco-arts activism and engaging communities in environmental arts initiatives. Lynn serves as a volunteer coastal cleanup coordinator, is on the Steering Committee of 350Brooklyn, is a member of the Gowanus Neighborhood Coalition for Justice, and is a regional organizer for Global Water Dances.

Anna Lise Jensen combines photo-based installations with local research, interpersonal engagement and communal actions.  She holds an MFA in Visual Arts from Hunter College in New York, NY, and an MA in International Relations from University of Chicago, IL. At Hunter, she was awarded the Hunter College Foundation Scholarship for exchange studies at the Slade, London.  Among the places, Anna Lise has exhibited her work are: Edward Hopper House, New York Center for Book Arts, A.I.R. Gallery, Jamaica Center for Arts & Learning, Bronx Arts Space and Flux Factory. She has presented her work at the conferences of National Women’s Study Association, Open Engagement and the Alice Austen House Museum as well as discussed it on NPR’s The Brian Lehrer show. To realize her projects, she has received funding from Manhattan Cultural Arts Fund, Queens Arts Council and Norddjurs Kommune (Denmark). Her work is in the collection of Candida Höfer

Kim Maier is the executive director of the Old Stone House & Washington Park, a historic conservancy organization that is part of the Historic House Trust of New York City. Over the past dozen years, she’s had the pleasure of seeing this wonderful public space transform through the efforts of a multitude of community partners. Prior to OSH, Kim worked with the Business Committee for the Arts and the Association of Professional Art Advisors. Kim moved to Park Slope with her husband, Presley Acuna, in 1983, and raised their daughters, Kate and Emily, on Third Street. A life-long lover of art, theater and civics, Kim has a degree in Art History from Trinity College in Hartford, CT, and a Master’s in Public Administration from New York University.