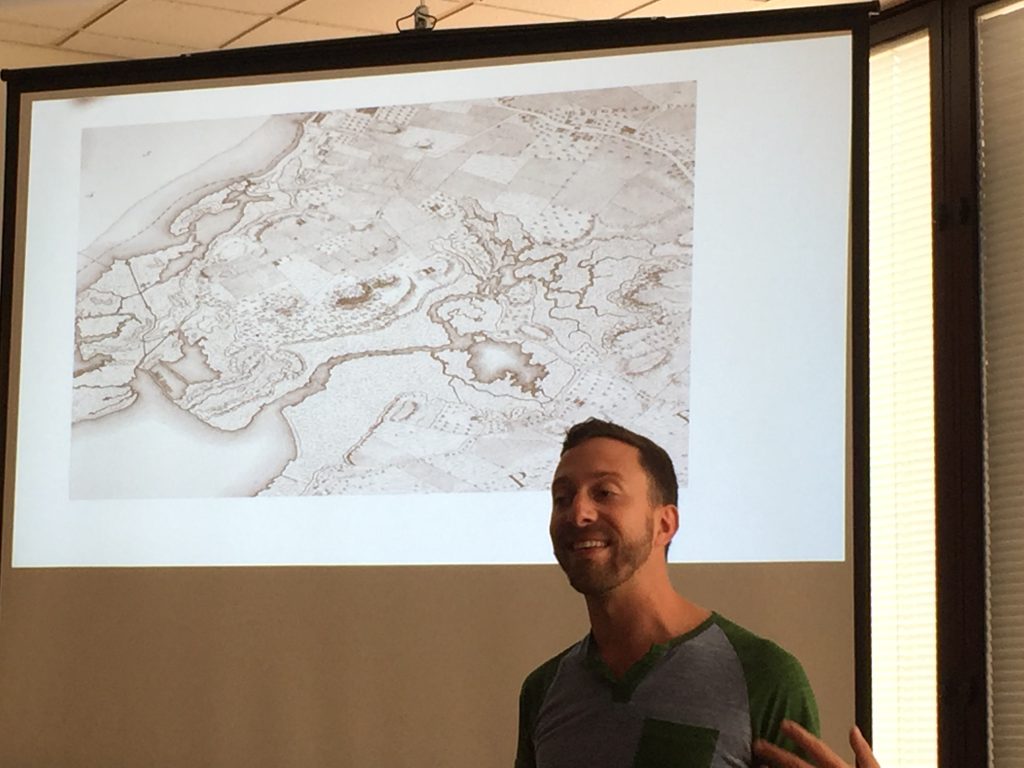 Author Joseph Alexiou captivated the audience with a narrative history of the Gowanus Canal’s transformation from an idyllic tidal estuary into a major commercial waterway in the nineteenth century. Alexiou highlighted Gowanus’s significance to the Revolutionary War and how the creek helped American troops escape the British during the Battle of Brooklyn. As South Brooklyn became a port in its own right, civic leaders worked to create a competitive waterfront with modern shipping facilities. The Canal was proposed by Daniel Richards, the architect of the Atlantic Basin, which forever altered Red Hook’s natural shoreline. Edwin Litchfield, known as “the father of Park Slope” was actually responsible for developing the Canal and the surrounding neighborhood in the 1860s. 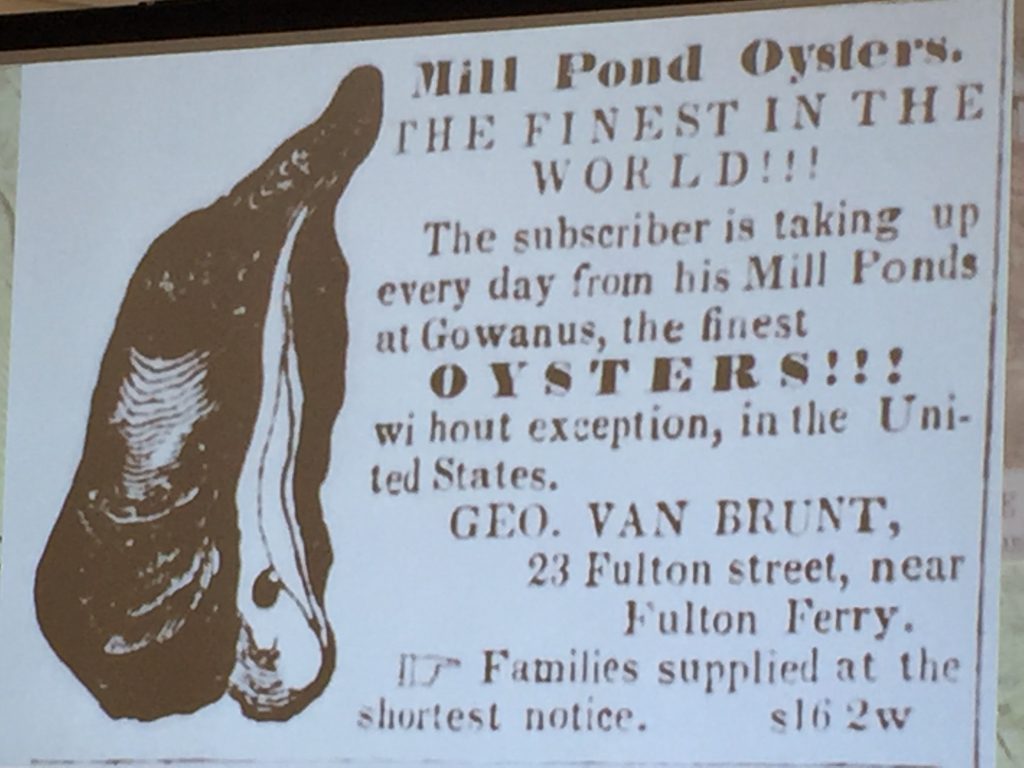 In his talk, Alexiou connected the Canal’s industrial past to its current state as a Superfund site. The audience was treated to photos of toxic sludge at the bottom of the Canal known as “black mayonnaise” – a mixture of chemicals dumped into the waterway throughout its history.  The Canal is the repository of Combined Sewer Overflow (CSO) systems that dump raw sewage into the waterway during heavy rain storms. Alexiou explained how CSOs affect water quality in the Canal, and what will be done to mitigate overflows as part of the Superfund cleanup. Alexiou pointed out that the Gowanus neighborhood is in the midst of a real estate boom and reflected on the effect of new development on the existing sewer system.

Alexiou energized the audience, generating many questions and a lively discussion that continued after the event. Check out Alexiou’s book Gowanus: Brooklyn’s Curious Canal here!

We look forward to seeing you at our next Breakfast Talk on November 18!