On November 26, CityTech English Professor Mark Noonan gave a talk titled Brooklyn Accents and the Paradox of Ambition in the Works of Arthur Miller and Norman Mailer as part of the BWRC’s preBar Series.

Prof. Noonan discussed his paper published in the Fall 2013 issue of The Mailer Review. Some of the Brooklyn Residences referenced in the presentation can be found here.

Photos from the Event: 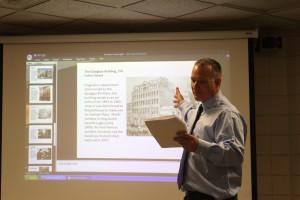 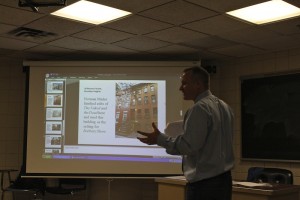 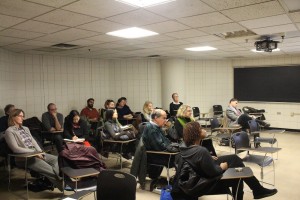 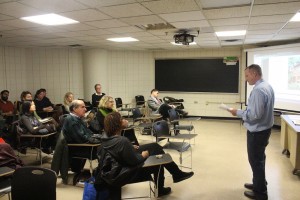 “This Guy’s Never Going Anywhere”
– Norman Mailer famously quipped about Arthur Miller when they were neighbors at 102 Pierrepont Street in Brooklyn Heights in the late 1940s.